We are not a service provider. If you are in crisis, please call 911 or go to your nearest emergency department for assistance. 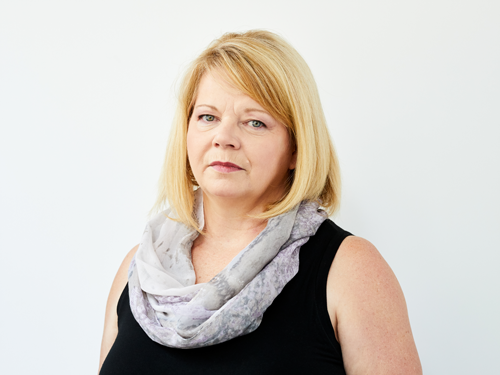 The story of my approach to parenting a daughter through mental un-wellness and substance misuse may have brought me all the way to the United Nations, however, it isn’t for reasons you might have considered.

I am actually a ‘tough love’ critic giving the ‘true talk’ about parenting a daughter through her self-medicating with opioids for a life-long mental disorder. Each condition consumed her. Each was ultimately and equally responsible for taking her from me.

The stigma unfurled on the person, as well as the family who supports them throughout these illnesses is devastating, unnecessary and debilitating. Stigma must be addressed for both conditions. We must succeed in breaking down the collective ignorance and forbiddance to speak openly and honestly about this. I define such ignorance as being a lack of pertinent information or education, and/or having an ingrained unwillingness to learn.

Being the forerunner of parents bringing their voice to the table in redeveloping Canada’s policies around substance misuse and co-occurring mental illness has allowed me to use my grief as a catalyst for changing the outcomes for other families globally. My daughter’s story has resounded around the world now and I will continue to share it until it brings about the necessary change that will allow effective, immediate and inclusive treatment of both conditions.

Every day two people die by overdose in Ontario. Our last statistical update showed we lost 865 souls to an overdose death during a one-year period. Those numbers have risen exponentially in the five years since my girl was one of that year’s statistics. I don’t ask myself anymore whether my daughter chose to end life by opioid overdose or if it was accidental. Those aren’t the right questions. The question is: what would have been the outcome had she been afforded the care she deserved and that she so obviously was dying to get.

Substance use and one’s mental wellness are conditions that require the immediate and unrelenting attention of all Canadians. Be brave. Stand up for those who can’t!

I am more than proud to represent my daughter’s voice as the founder and facilitator of the NGO-NFP mumsDU – moms united and mandated to saving the lives of Drug Users. My life and my work are now driven by a motto which I wish I had lived by sooner:

“You never really understand a person until you consider things from his point of view – until you climb into his skin and walk around in it.”
- Atticus Finch in To Kill a Mockingbird

Dona May,
Founder of mumsDU